Answer all the questions Call Back

for those who have a tight schedule Show more

What is The Best & Cheapest State to Buy a Car in 2023?   To determine the best state to buy a car, you need to take into account a couple of main points. Initial cost, unexpected fees, sales tax, and auto insurance form the final price of a car. Each item of expenditure can […]

To determine the best state to buy a car, you need to take into account a couple of main points. Initial cost, unexpected fees, sales tax, and auto insurance form the final price of a car. Each item of expenditure can independently vary from state to state. So, even if some states might seem like the cheapest place to buy vehicles in terms of initial cost, the rest of the expenses might eliminate this advantage. Let’s find out more about the cheapest states to buy a car and all the possible pitfalls.

Cheapest States to Buy a Car for Initial Cost

Florida is definitely the best state to buy a used car in terms of the initial cost. Why is that? There are a few main reasons.

Reason #2 – Florida has more than 20% of the older population. It doesn’t mean they don’t need money, but older folks tend to drive more carefully, so you can expect a car to be in a better condition. Moreover, winter in Florida is pretty mild. Unlike northern states with a lot of sand that damages a car over time.

New Hampshire and Oregon also are in the top 3 best states to buy a used car. They don’t provide as luring initial costs as Florida does. Still, the overall fees are much lower compared to other states. Just notice that the less financial burden people have – the easier is their attitude toward car prices. This rule will help you determine which state is best to buy a car in the following years.

What States Sells the Cheapest Cars for Unexpected Fees

Unfortunately, the initial cost is not the only one you have to face. Car purchase also implies sales taxes (both state and local), DMV and registration fees, etc. The problem is the costs can vary even from one dealership to another within one state.

Oregon does not just belong to the states where cars are cheaper. Its unexpected costs are insanely low even compared to the closest, let’s say, competitors. In Oregon, you will spend up to $150, while the closest New Hampshire and Alaska offer around $400. Still, even $400 is a very good offer across the US. For example, purchasing a car in Florida, you should expect no less than $1800 for all unexpected fees. So, even the cheapest state to buy a used car provides some trade-offs.

Some states have no sales tax at all. Among those are New Hampshire, Alaska, Montana, Oregon, and Delaware. It might seem that a single-digit tax on car sales is no big deal. However, the low percentage from a purchase worth thousands of USD turns into a considerable amount of money. The best state to buy a car should have, if no tax-free policy, at least a moderate percentage. Colorado is among those states. The Centennial State pretends to be the cheapest state to buy a car, with the lowest tax rate of 2.9%

States Where Cars are Cheaper for Auto Insurance

Most states provide the legal requirement of having auto insurance, so insurance costs can and will make an impact on your budget. In this regard, Maine is the best state to buy a car in. The annual insurance cost in Maine is about $864 per year, which is far cheaper compared to the rest of the states. The other >$1000 club members are New Hampshire, Virginia, Ohio, and Wisconsin. From a long-term perspective, these states are the answer to what is the best state to buy a car. 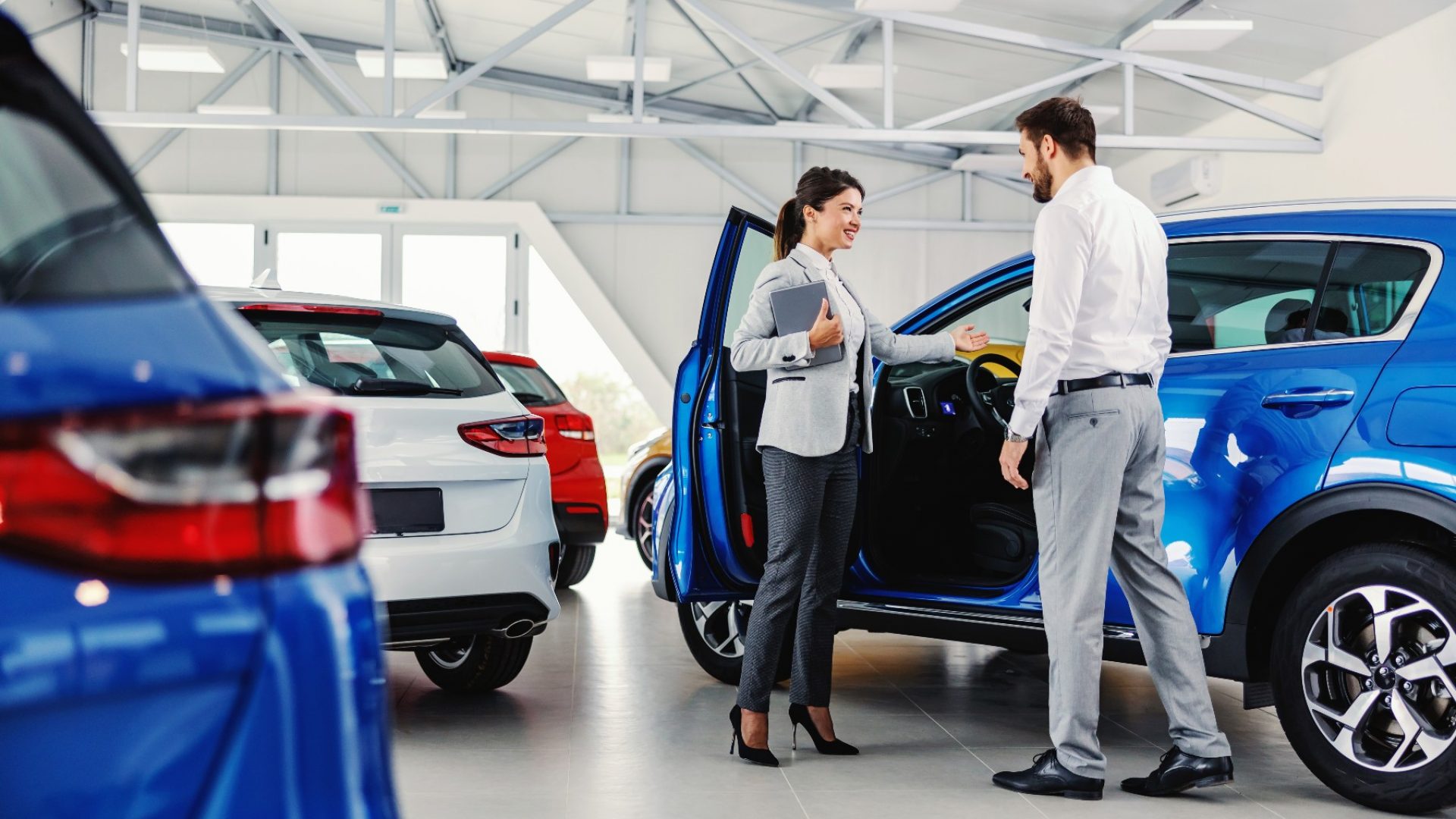 It’s not obvious what state sells the cheapest new cars. Unlike the used cars market, new car prices are based on the Manufacturer’s Suggested Retail Price (MSRP). But it doesn’t mean this price is steadfast. It’s just a starting point, so a buyer can actually pay less than MSRP. However, the latest global-scale production difficulties negatively impacted the industry, so the final prices, especially if we talk about premium cars, heavily depend on microchips.

Keep in mind that after you buy a car, it must be delivered to your house. The most preferable option is enclosed car shipping. Since the car transporter is designed specifically for transporting cars and other vehicles, you shouldn’t worry about the safety of the cargo. It’s always in impeccable condition, systematically undergoes service maintenance, and is in the hands of professional drivers. You can find more details about this car shipping method here When to choose enclosed transport. 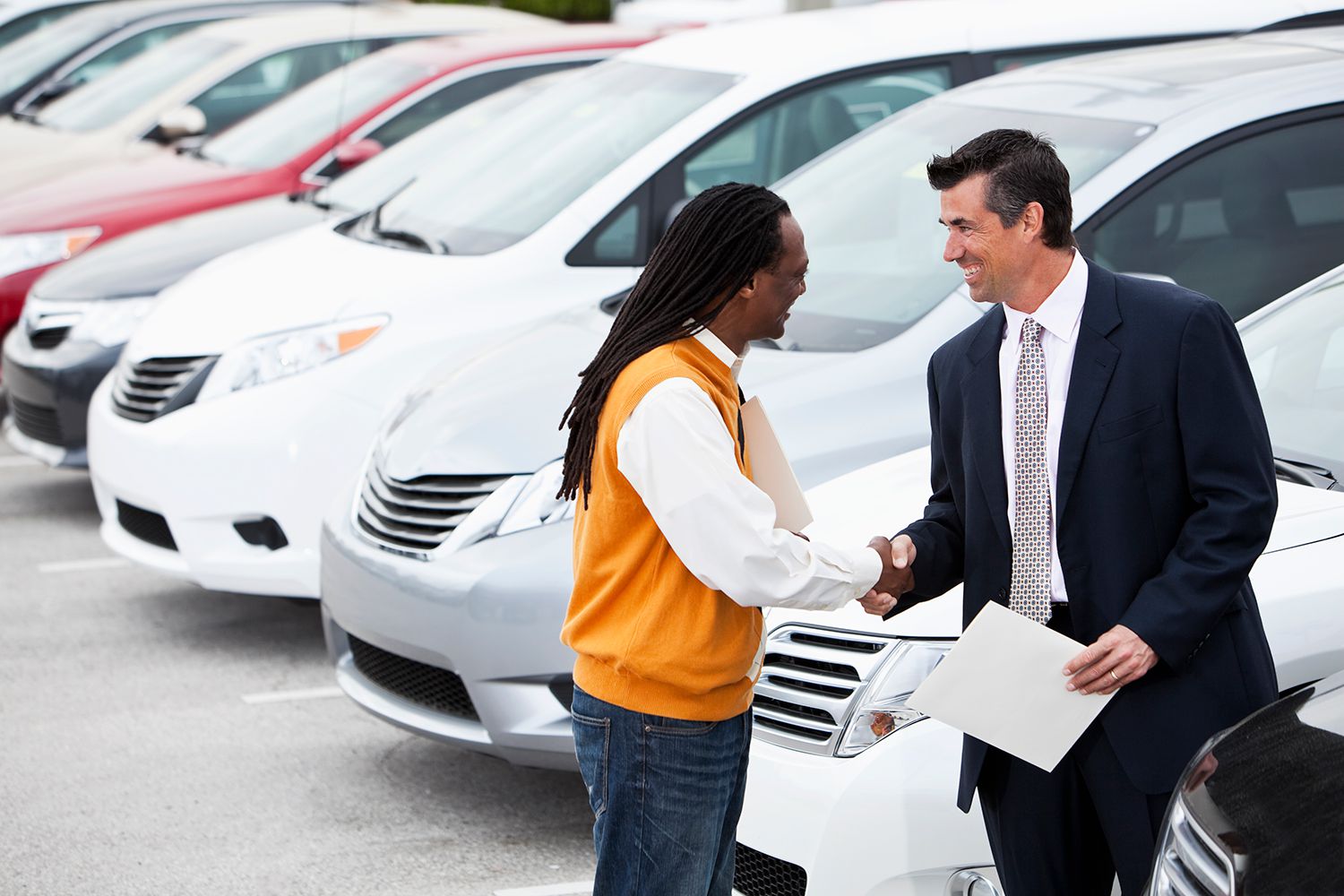 Due to increased prices on new cars caused by global production difficulties, buying a used car sounds more than reasonable. What is the best state to buy a used car? Well, New Hampshire is still leading among US states. The Granite State isn’t the best in a particular category, but the overall costs will be the most affordable. Buying a car here, you are free of sales tax on vehicles. Besides, registration fees are pretty low (up to $18 per thousand of the total sales price). Even insurance premiums are remarkably low (about $870 per year). As you see, New Hampshire is the cheapest state to buy a car in, both new and used.

It’s worth mentioning Florida and Oregon as decent alternatives. The lowest initial cost in Florida can justify its unexpected fees. Besides, Florida cars will be in much better condition, which is a great long-term upside. Oregon is a good overall pick with 10 times fewer unexpected fees than Florida and no car sales tax. Both of them can be easily called the cheapest states to buy a used car.

Buying a used car implies saving as much money as possible (within reason, of course). Car shipping service should not be an exception. The best state to buy a vehicle might be pretty far from you, so pay proper attention to the delivery cost. Even though enclosed shipping is the safest, its cost is also high-tier. For cheaper used cars, there is a cheaper alternative. Open transport car shipping is also safe, as this method is tested over time. But the cost-effectiveness of open shipping is much better. Check out this page to get more detailed information about open transport car shipping When to choose an open type of transportation.

Worst States to Buy a New or Used Car

When it comes to the worst states to buy a car, things are pretty straightforward. We need to check the same criteria and pick the highest costs/fees. If you plan to buy a new car, the initial cost will be determined by MSRP, so we can judge solely by unexpected fees and auto insurance. But used cars are highly affected by the initial cost.

The initial cost can vary depending on the cost of living. The high general cost of living makes cars more expensive to match the rest of the local market. It’s not worth buying a used car in California unless you are ready to pay more. The financial situation in California is pretty intense, so don’t expect Californians to drop the price. In short, the worst states to buy a used car are where people can’t afford to often change cars. Such assets will be valued by their maximum price.

Unexpected fees are reaching peaks in Alabama. The state is among the most expensive states to buy a car. Just imagine that Alabama’s unexpected fees are 18 times higher than in Oregon – around $2300. Compared to the average vehicle sales price in Alabama – it’s about 14% just for unexpected fees. Arizona, Colorado, and Tennessee complete the list of states with fees of over $2000.

Another crucial point is car insurance. Michigan provides the most expensive car insurance nationwide with an annual rate of $2,100. It’s about twice as much compared to the average US car insurance. The Michigan government even had to intervene to lower the rates.

When choosing the cheapest state to buy a vehicle, pay attention to the initial cost, unexpected fees, sales taxes, and car insurance. The initial cost is lower in states with wealthy residents and less stressful financial situations. Otherwise, expect the maximum possible price. Fees, taxes, and car insurance vary from state to state, but there is a pool of good overall picks: New Hampshire, Oregon, Florida, Ohio, Wisconsin, North Carolina, and Missouri. Based on numbers, the cheapest place to buy a car in the USA is New Hampshire. After you get a car, pay proper attention to the delivery. Enclosed car shipping is good for new cars, while open car shipping is a more affordable option, so it suits used cars best.

❓FAQs About Best Place in the US to Buy a Car❓

❗ Where is the cheapest place in the US to buy a car?

The final price of a car includes initial cost, unexpected fees, sales taxes, and car insurance. In this regard, the cheapest state to buy a vehicle is New Hampshire. Not only for new cars but used ones as well.

❗ Which state has the cheapest car insurance?

Maine is definitely the cheapest place in terms of car insurance. Since most states provide a legal requirement for auto insurance, you can’t ignore it. The annual insurance cost in Maine is only about $864 per year.

❗ Which states have no sales tax on cars?

Even a single-digit tax on car sales can be a big deal. Fortunately, some states have no sales tax at all. These include New Hampshire, Alaska, Montana, Oregon, and Delaware.

❗ What state is the most expensive to buy a car?

California is one of the worst places to buy a used car, as the high cost of living doesn’t contribute to price drops. The highest hidden fees are in Alabama – around $2,300. Also, Michigan provides the most expensive car insurance nationwide, with an annual rate of $2,100.

Do you agree to ship your car with Shipaa? 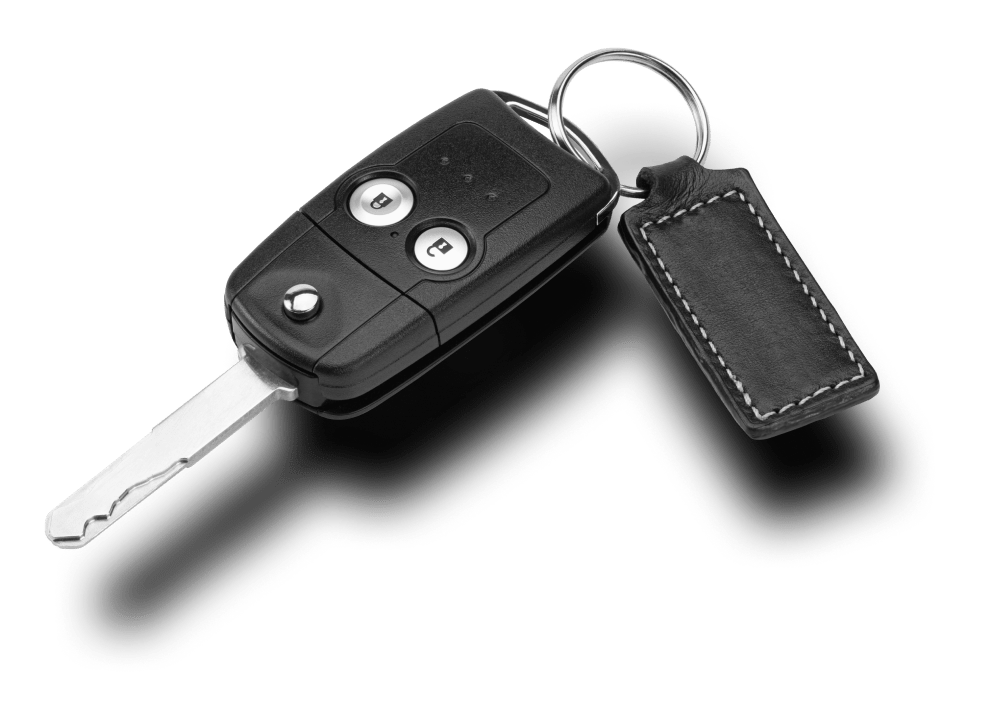 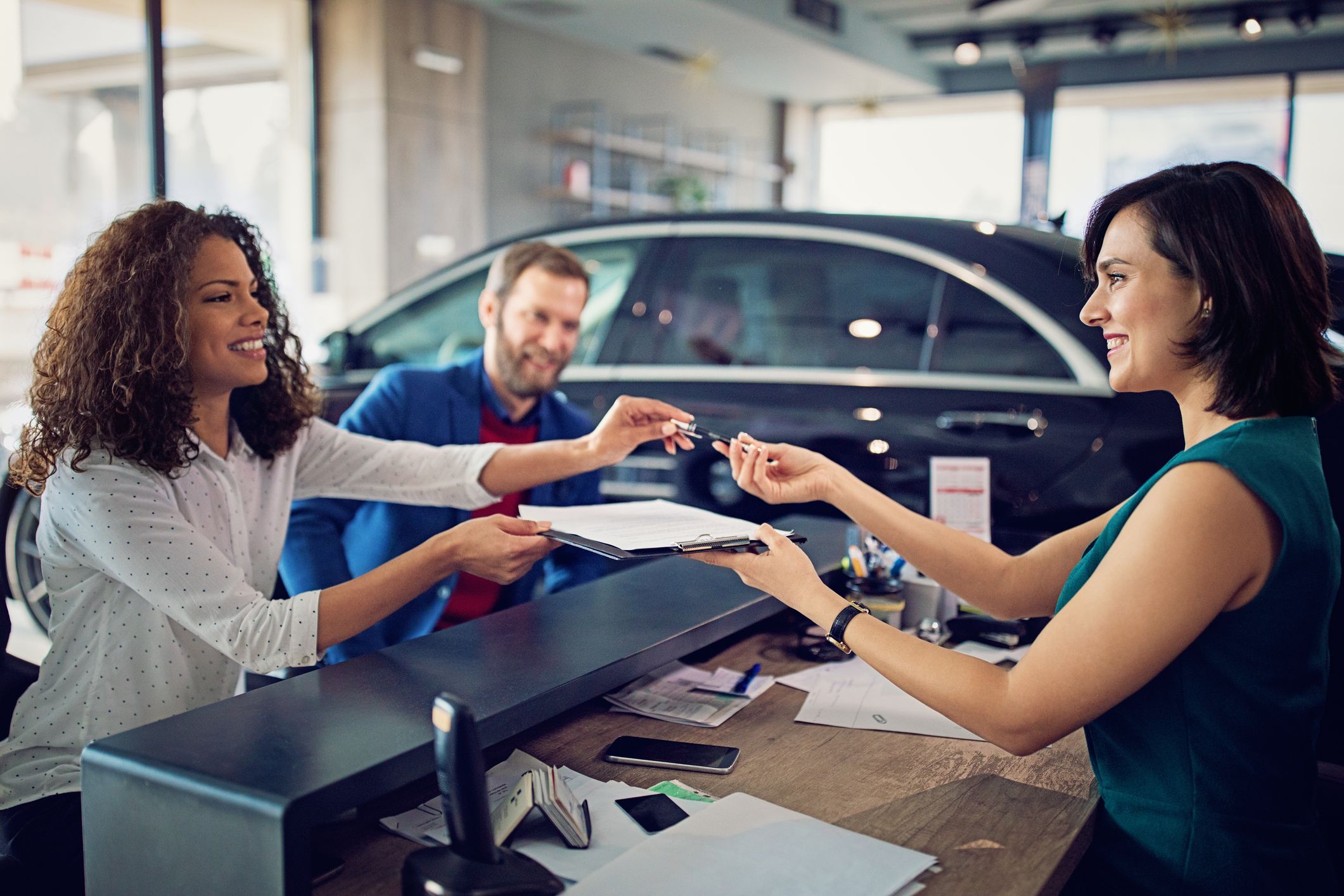 Do You Need a Driver's License to Buy a Car? Can you buy a car without a license? Sure, you can. But what's next? The lack of license can complicate further things, but even buying a car itself has some… 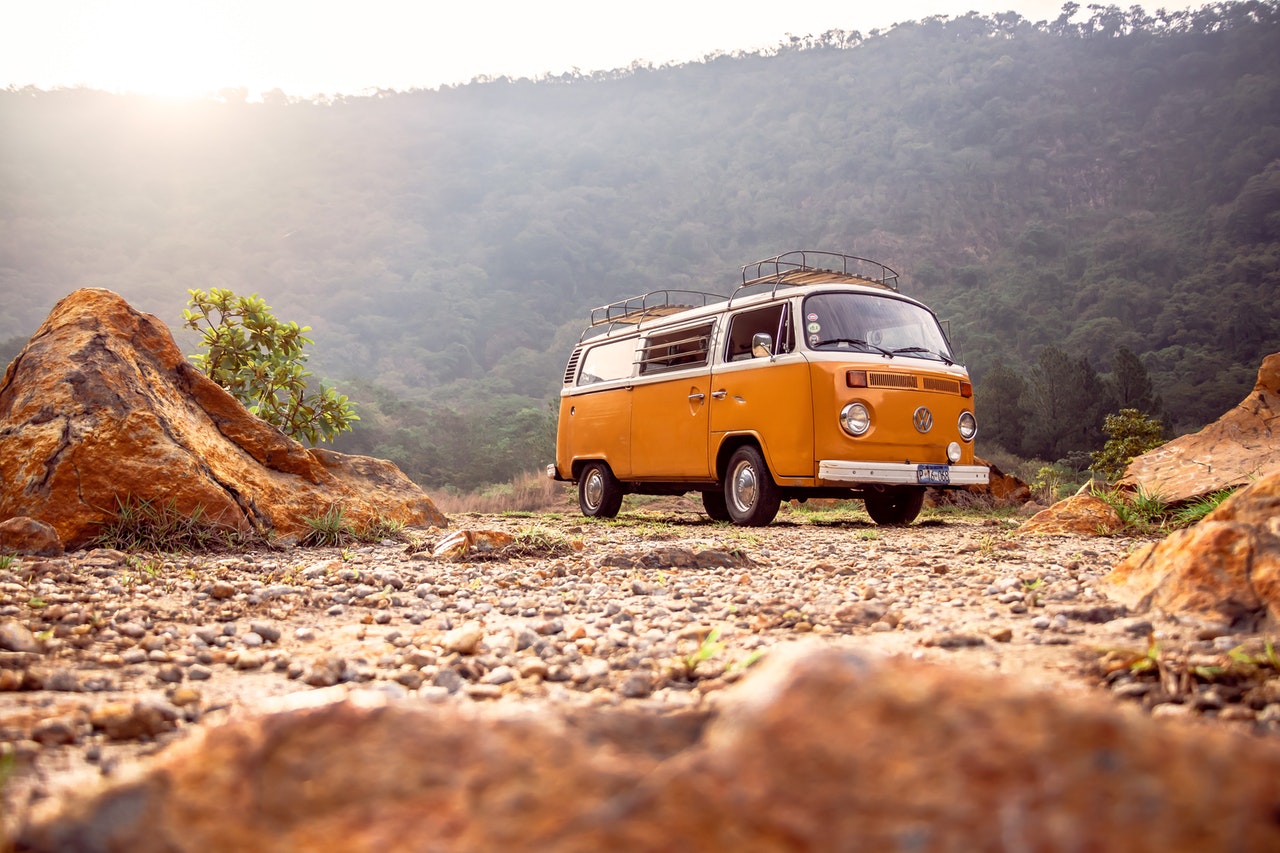 Planning to move my car: car transport companies can help

Car Transport Companies Hiring the services of a car transport company will prove to be a great decision if you want to move your car. There are occasions when people relocate to a new place. In these cases, instead of… 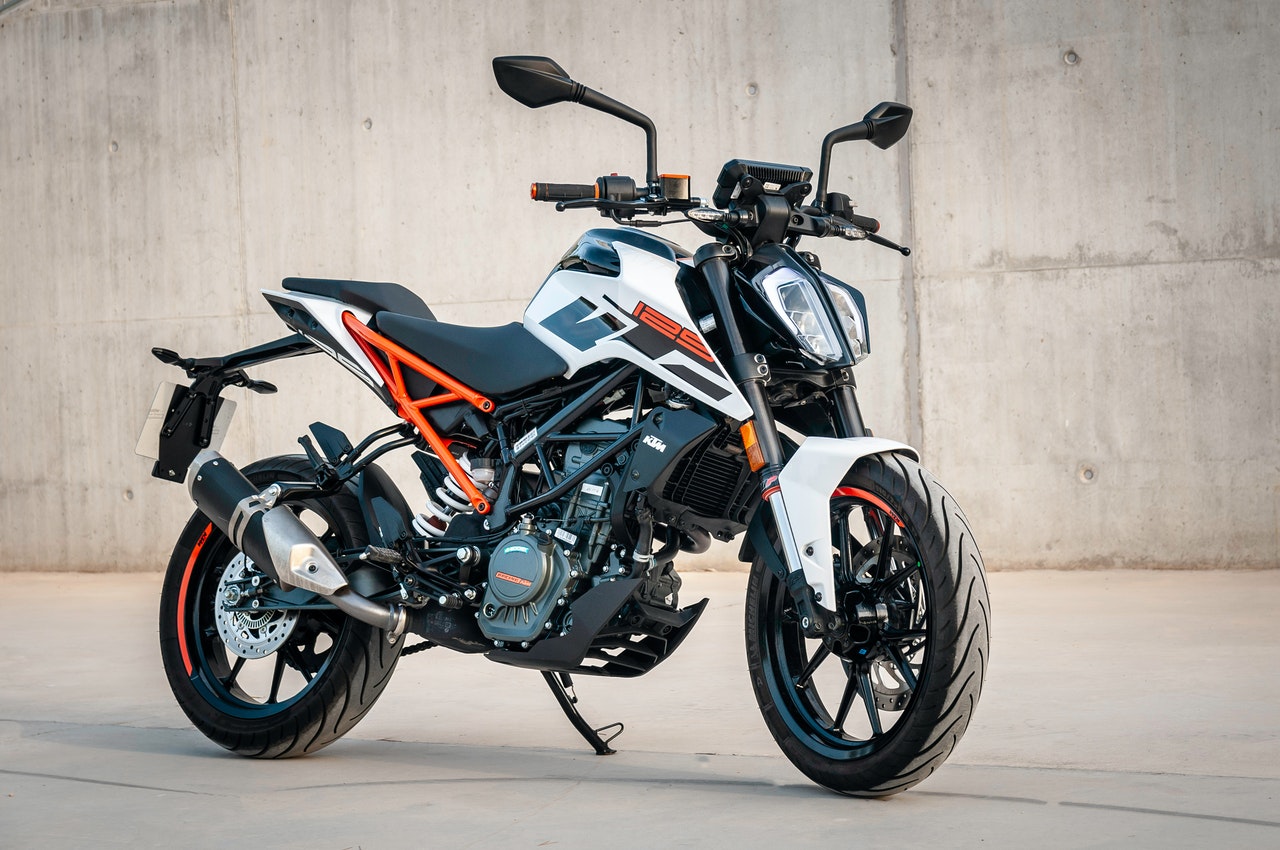 Looking to Ship Your Motorcycle? Here’s What You Need To Know